„National Coordinating Centre for Rare Diseases at the University Hospital in Motol” that’s the full name of the project, which is focused on the special field of medicine. The project is supported by Norway grants 2009 – 2014 and its main aim is to extend awareness and knowledge of rare diseases.

„In this case, the knowledge and spreading information is very important thing to do.“ Mr. Macek, Head of Department of Biology and Medical Genetics in University Hospital Motol, explains the meaning of the project.

Many of Czech and foreign experts had an opportunity to share their knowledge and experiences in the field of genetics. This was due to event called „The Week of Human Genetics“, which was held from 21st September in Brno, on the occasion of the 150th anniversary of Mendel's first publication of his research.

Within this week, one-day conference was also focused on the topic of rare diseases, due to project of National Coordinating Centre. Project promoters, representatives from several medical organizations and also the partners of the project from Norway had an opportunity to share their experiences this day.

Ms. Monica Stensland, a Deputy Ambassador of the Kingdom of Norway, launched the conference.

Than Mr. Milan Macek had a presentation dedicated to rare (Mendelian) disorders.

„There are thousands of rare diseases. Most of them are completely unknown. Without knowledge there are often misunderstanding, ignorance, worries. Disorders create barriers between people. We want to remind rare diseases, one by one, day by day. We want to diminish these barriers to minimum.“

This quotation from web page of the Czech Association for Rare Diseases  fully describes the importance of such events as The Week of Human Genetics. 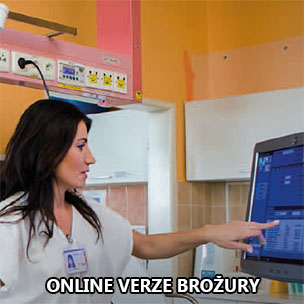