After two years of intensive reconstruction, the dilapidated castle in Svijany, about 80 km north of Prague in Liberec region, has been restored to its original splendour. The renovation of the 16th century renaissance castle has cost CZK 60 million, of which Norway Grants have supported CZK 30 million. The rest was financed by the neighbouring Svijany Brewery, which acquired the castle in 2013 with the intention of transforming it into a regional information and tourist centre.

“The successful restoration of the Svijany castle is not only an important step in the conservation of the Czech Republic’s cultural heritage. Hopefully, it will also have a very positive impact for tourism in the Liberec region,” Norway’s ambassador Siri Ellen Sletner said in connection with the official opening of the restored castle. “It’s also worth noticing that Norway Grants in this project have cooperated with a private company, who has done a very good job with saving the castle.”

The Svijany castle belonged for more than one century to the Rohans, an aristocratic family originally from Brittany, who fled to Bohemia after the French revolution. Following the Czechoslovak communists’ takeover in 1948, the castle was nationalised and then for four decades largely neglected. Svijany Brewery, who applied for Norway Grants’ funding to restore the historic monument, therefor faced a huge challenge.

“Our original budget for the reconstruction was CZK 50 million, but after we started working we discovered unique frescos in the castle chapel, so we had to add CZK 10 million to save them,” Svijany Brewery director Roman Havlík says.

The reconstructed Svijany castle, which was opened to the public in late June, will house a unique collection of Bronze Age items, which have been found in the castle’s vicinity. The first items were discovered in the Svijany area 150 years ago. During the reconstruction works, archaeologist Petr Brestovanský and his team made a number of astonishing findings. Among the most valuable is a 3000-year old bronze needle.

“The items that have been discovered in this area during the last 150 years have mostly been stored in museum depositories. Thanks to the reconstruction of Svijany Castle we now for the first time have the opportunity to arrange a complete exhibition in the place of the findings,” Mr Brestovanský the archaeologist says.

During the official opening of the reconstructed castle in late June, the Liberec region’s governor Martin Půta underlined its importance for the tourism industry in this part of Bohemia. Not only will school children visit the castle’s archaeological exhibition. Within next summer, Svijany Brewery hopes to complete second phase of the reconstruction – the opening of a hotel in the top floor of the castle. 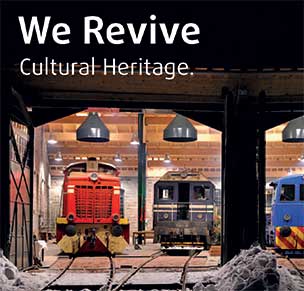